Andrew Lloyd is a Games, Music and Sound Designer based in Victoria, BC Canada and originally from Burton-Upon-Trent (UK). Currently he specializes in video production, music creation, sound design and level design for film, video and games.

He is also interested game lore and narrative concept creation. From 2009-2012 He studied a BA (Hons) Games Design at Sheffield Hallam University. Currently Andrew is practicing and learning all the relevant skills in sound and game design relevant to skills needed to work in the industry. He is learning JavaScript, Unity 3D editor and experiments with Foley and Sound to create experimental sound pieces and threads this into games he creates to deliver new game concepts and experiences.

During the second year of university Andrew produced a fully playable Unreal Development Kit level using Kismet and Unrealscript to prototype gameplay mechanics and puzzles. He also produced a couple of Foley pieces one based on the movie Tron and one describing a journey into a cave utilizing sound only. Additionally Andrew guided Team Monkey Ninja a small team formed for a group project to a first for their Augmented Reality project which was a ghost walk/murder mystery trail using locations based in Sheffield. Andrew recorded and edited audio and environments used in that project.

Over the summer of 2011 Andrew worked as a technical designer on Nike+ Kinect Training for the Xbox 360 at Sumo-Digital in Sheffield. The game was showcased at E3 2012 and will be released in November 2012. He obtained abundance of knowledge about behind the scenes in the industry currently and technical design knowledge of how to write design specification and how to implement that using in house software.

2012 also saw the launch of his first commercial effort ReversE a point A to B mirror logic puzzler accompanied by a 13 track fully self composed soundtrack to the game of the same name.

2013 saw Andrew work on the soundtrack and sound design for the game Hyphen which in February 2014 was successfully published after getting greenlit by the community on Steam Greenlight. Andrew also undertook an MA in Sound Design and PostProduction at the University of York where he got the opportunity to work amongst many other talented sound designers, writers, directors, cinematographers and theorists developing and honing his skills within sound design for film. Whilst there he worked on many outside projects such as ‘Union’ for York Student Television, getting some airplay for music and doing some recording with University Radio York and also collaborating with undergraduates on short films that went on to be LUMA film festival finalists such as No Surrender and Pearl as well as Masters students on an array of projects including, ‘Deterrernt’, ‘Death on a Webcam‘ and James Arden’s ‘The Technician’ which has been played to critical acclaim at film festivals all over the world.

After university in 2015 Andrew went on to work with Zoo Digital LTD in Sheffield as a Subtitle Technical Quality Control operator for the European team working closely with clients such as Disney, BBC Worldwide, ALTV, Vista India, Lionsgate, NBC,  HBO, Deluxe and Netflix whom during his time at ZOO awarded the company NPV (Netflix Preferred Vendor) status for achieving the highest quality metrics on the delivery and non-rejection of subtitle files.

Andrew parted ways with ZOO in August 2016 in preperation for the next exciting chapter of his life, a move for the UK to Canada.

During his initial time in Canada from October 2016 he has picked up voluntary work for charitable organizations and wants to continue to pursue work in sound production for film, games and media.

Andrew has spent two terms from April 2017 instructing at the Pacific Design Academy in the areas of Sound Recording, and Sound Post Production as part of the Motion Picture Production Program.

In 2018 Andrew also took up an instructing position at Camosun College as part of the colleges Live Event Audio Visual Services course (LEAV 145). He has organized trips for the students to UVIC AV department and Media Services departments respectively, and has also led the students to create a series of guest lectures working with industry professionals in all walks of digital media and communications outside of the college as well as working with the students to produce archival lecture content delivered by the colleges AV services and other guests as part of the program. 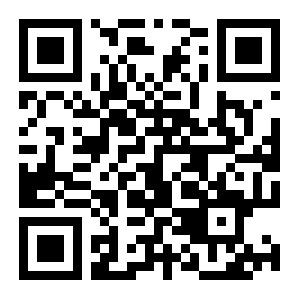